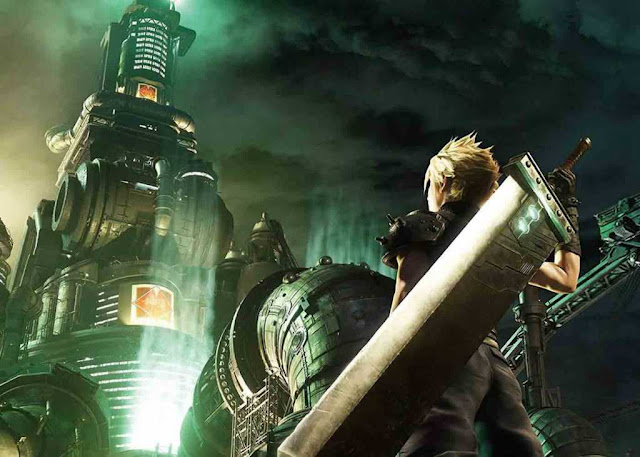 Final Fantasy VII or Final Fantasy 7 is a series of games from the successful FF franchise in markets outside Japan.

The game seemed to be a new milestone in the history of RPG games, where this game gives a "flavor" of new and also different technologies.

In 2020, Square Enix will again present the game with extreme improvements through the Final Fantasy 7 Remake game.

Long before the game was released, there was already a lot of conversation about the game among the fans.

Most of them discuss about improving the quality of the game, moreover this game was released for the PlayStation 4 and PlayStation 4 Pro consoles.

By using Unreal 4 technology, what are the differences between Final Fantasy 7 Remake on PS4 and PS4 Pro?

Comparison of Graphic and Framerate Quality

Based on trials conducted by Gamingbolt using open source software, Trdrop, there are quite striking differences.

It should be noted that the software provides a similar picture of the game's performance. For results that really fit that is 1: 1, of course, can only be done by the developer who has more complete equipment. 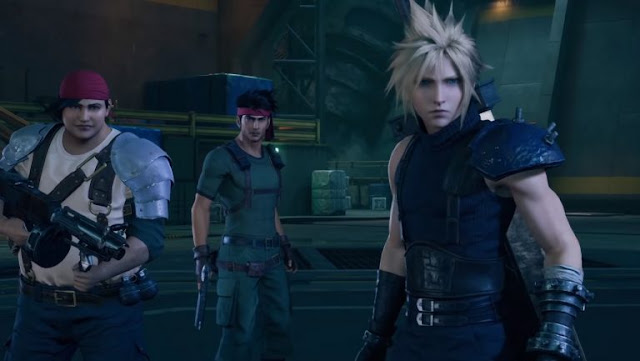 This game is eyeing 30FPS (frames per second) for both consoles, and the results are indeed in line with estimates.

But, that can be achieved by using dynamic resolution scaling.

Although both of these consoles can achieve maximum ability in terms of FPS, but when there are scenes or scenes that are quite intense the decline in FPS is felt.

This is even more pronounced when PS4 Pro users use 4k quality.

Core is the last game that will use Unreal 4 before future generations appear.

Unreal Engine 4 makes a graphic can have depth and sharpness easily.

After all, quantity is more important in this game. 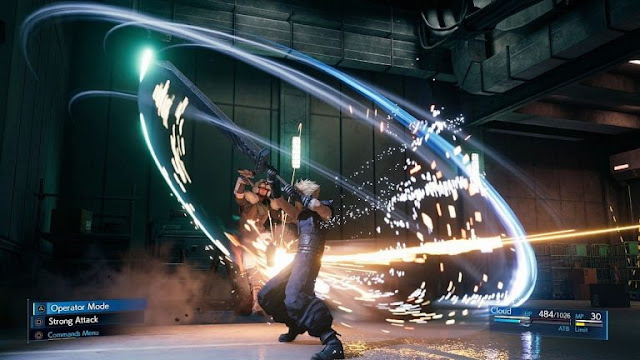 Unreal 4, as implemented in the game presents a deffered renderer, which makes the game able to bring up dynamic light sources that can be displayed on the screen.

Dynamic light or Dynamic Lighting is a big part in the beauty of a visual in this game.

Various lights that appear, for example from various road signs, give a different impression from Midgar.

This also contrasts with what was shown in the previous game using pre-rendering.

For a variety of material qualities, unfortunately the increase only occurs in materials made of iron or which can reflect light properly.

For various other materials, such as rubble and also the ground surface there is no change at all.

This is certainly quite disappointing, given the variety of rendering materials able to be presented properly by Square Enix in the Final Fantasy XV game thanks to the help of Luminous Engine.

In the original Final Fantasy VII game, Square Enix prioritizes the accuracy or fidelity of the characters.

For PS1 consoles that are not too high quality graphics, it really can't be blamed if Square Enix prioritizes it, and also the story.

This game is also able to present pre-rendered environments as well as fixed camera angles.

But, when talking about Final Fantasy VII Remake, the developer gives something very much different.

An example is the third-person camera angle, which gives players more control over the character and can control what's on the screen.

A difference of three generations can also mean a difference in character models. 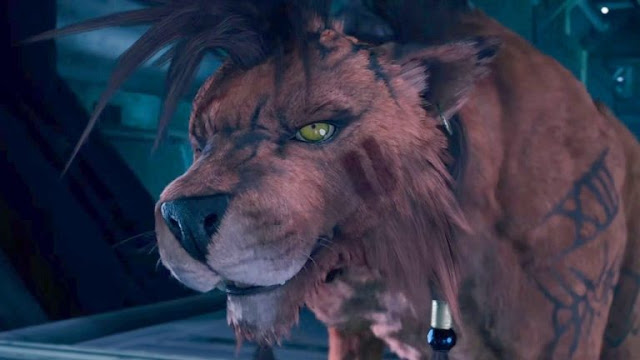 In this game, improving the quality of characters is clearly different.

The quality is much different compared to the quality of the CGI they show in the original game.

With better character quality, the emotional impact that can be felt is also greater.

Earlier reports mentioned that AI in the game was made as closely as possible, in the sense of emotions on their faces according to the tone or tone of their dialogue on the screen.

The design environment has also improved.

With a camera that is free to move means that the environment displayed will be more than the original game.

Final Fantasy VII Remake game will also have a much larger and more diverse environment, even though it is not an open world concept.

As a game that relies on cinematic beauty or aesthetics, of course much attention must be paid to the particle and post-processing parts.

For the particle matter, both consoles provide an extraordinary experience with maximum resolution. In essence, the particles displayed in this game are presented to the maximum. 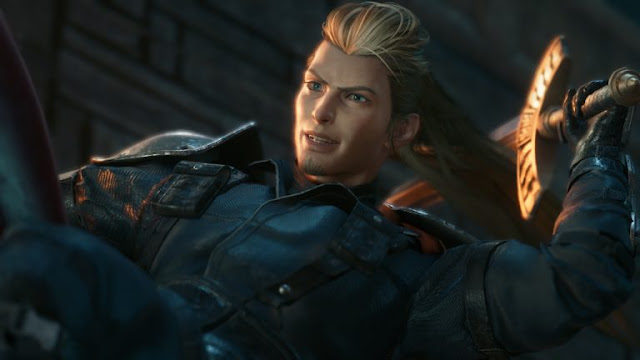 But, although some effects, such as explosions, can bring extraordinary particles, but for other particles such as gun shots do not have too much effect on the environment.

It certainly can make the battle sometimes feels bland. Turning to the post-process, for this one is no less interesting.

In cutscenes we will see incredible depth or depth of field.

The motion motion blur feature is also applied in the game, both during play and during cutsenes.

This certainly helps the various actions that appear feel very soft, even though there are at 30 FPS.

Bloom is also one of the important keys in lighting in this game.

The use of transparency also makes Cloud's hair look so soft.

Final Fantasy VII Remake is a game made three generations from the original game.

PlayStation 4 (and Pro) is much hundreds of times faster than PlayStation 1.

Playing Final Fantasy VII games means that PlayStation uses all of their abilities to display various textures and also quality graphics at that time only 480p (even lower). 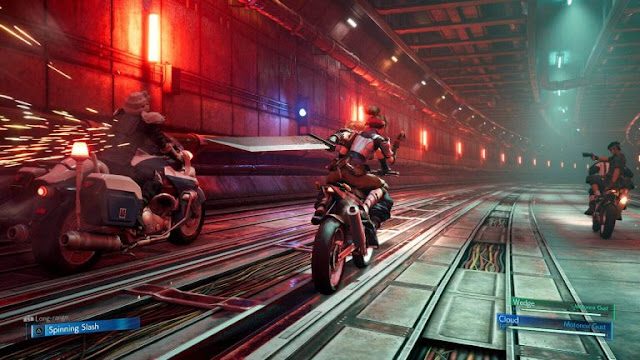 But, in this version of Remake everything clearly changes completely.

The quality of the texture, the light, the particles have all improved (although some are not).

An increase also occurred from the game dynamism, where changes in dynamism occurred both in terms of cameras, games, battles, and many others.

With the capabilities of PlayStation 4 and Pro, it seems that this dynamism is no longer a limitation.

The conclusion is the Final Fantasy VII Remake game provides major changes from every level of detail available.

This game also proves the latest generation of technology adapted by PS4 and PS4 Pro to be used as much as possible.

This game will certainly provide a new experience in playing the Final Fantasy series.