Want to swim during lockdown, this man is willing to pay 7,000 US dollars
Home › Wow

Want to swim during lockdown, this man is willing to pay 7,000 US dollars 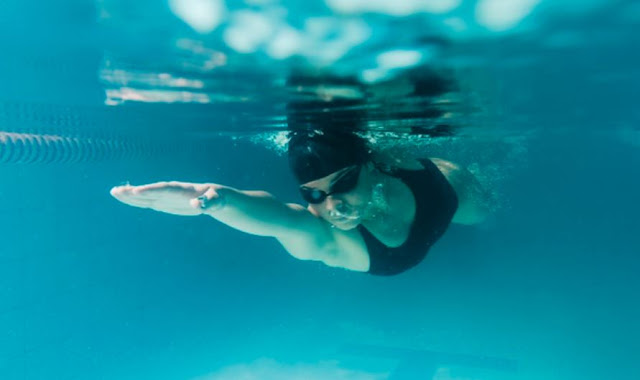 When the Covid-19 pandemic that has not stopped until now, the government has been advocating its people to remain at home since last March.

The government asked the community to reduce activities such as gathering, meeting many people outside the home, and social distancing to reduce the risk of corona virus transmission.

This also applies in various countries in the world such as Singapore, which is currently imposing a lockdown to reduce the corona virus transmission rate.

Reporting from bloomberg on Wednesday (4/29/2020), when Singapore imposed a lockdown, there was a man from England who wanted to swim in a public swimming pool.

However, because it was lockdown, the pool was temporarily unusable.

Public facilities such as sports and fitness center were closed.

Likewise, facilities in the condominium were closed to prevent social interaction.

People face the possibility of fines, imprisonment or suspension of work permits if they do not comply.

Currently Singapore is entering its fourth week of lockdown, and some have now been extended to June 1 to reduce the surge in corona virus cases and the public is prohibited from roaming outside the home.

Even so, the man did not give up.

He was willing to spend 10,000 Singapore dollars (around 7,000 US dollars) to rent the swimming pool.

Initially, this man wanted to rent the entire bungalow in Singapore's Sentosa Cove for 30 million Singapore dollars or the equivalent of 21 million US dollars per month.

Sentosa Cove is in an elite class residential area on an island off the southern coast of Singapore.

But because the cost is too high, then he considers the amount.

According to Lester Chen, a real estate agent at Singapore Realtos Inc., the amount is not substantial to pay for nearby apartments.

"I asked the man why he wanted to rent a bungalow, was it because of social distancing at his house at this time?"

"Then the man answered that he only wanted to use the pool, but because the lockdown pool had to be closed," he added.

Because his client only wanted to use the pool in a Bali-themed bungalow, Chen made him come with a proposal.

"I spoke with the owner and we agreed to rent the pool and garden on two conditions."

"First, it will only be a short-term lease for three months. If other people want to rent the bungalow as a whole, we can terminate the agreement," Chen explained.

Then the two parties signed an agreement on Sunday, April 26, 2020.

The bungalow itself is locked to prevent other clients from entering. British men and their families have access through the side gate.

The bungalow is a 10-minute drive from the condominium pool by driving on a golf buggy.

Chen said there was a similar request, with people wanting to rent a bungalow at Sentosa Cove only because of their private pool and garden.

However, the option is not available for people living in Mainland, he said.

"I have rented offices, factories, apartments and bungalows. But never rented only one separate facility in the bungalow. This is the first time," explained Chen.