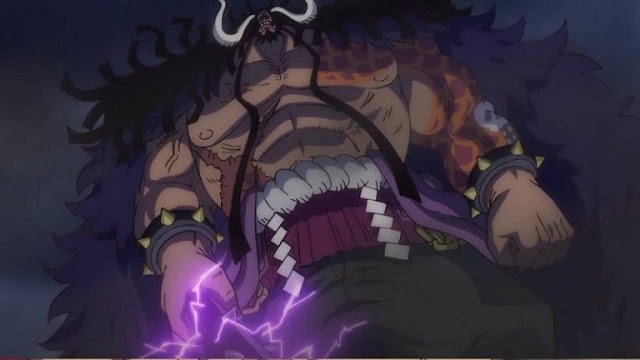 Kaido is the main villain in the Wanokuni Arc.

Since its inception, Kaido has indeed given terror to the residents of Wano.

Now, Kaido has become the ruler of the region represented by Orochi.

Although it is almost approaching the story of the great battle on the island of Onigashima, but there are still many mysteries that still surround this arc.

One of them is about Kaido.

Until now, not many people know about the real figure of Kaido. Kaido is only known that he is a Yonko and former Rock D. Xebec man.

Kaido is a figure with a large body with a powerful Armamanet Haki.

The two horns on his head became the physical characteristics of Kaido. 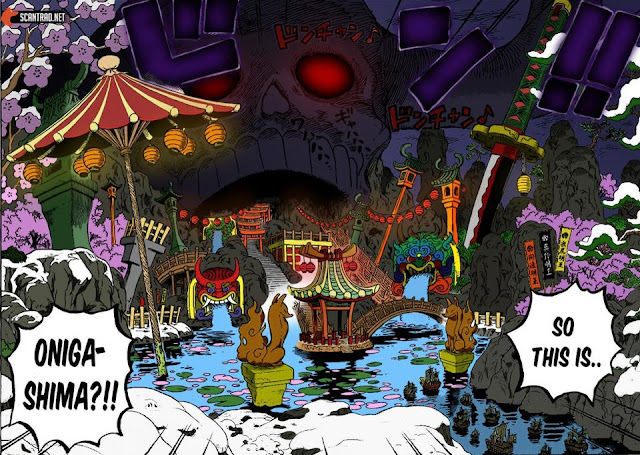 Many have speculated that Kaido is similar to Tony Chopper, an animal that lives like an ordinary human.

If Tony Chopper is a deer, then Kaido is a dragon, and the Devil Fruit that made him human like now. There are other theories that try to reveal who exactly the character of Kaido.

This is known from yesterday's 978 chapter.

In that chapter we were shown that Luffy had successfully entered the Onigashima region with the samurai and Kin'emon as well as Kidd.

Whereas Law and other Red Scabbards dive under the island of Onigashima, to enter a secret path that goes directly to the Kaido palace.

We are shown how the real island of Onigashima is.

There are lots of Japanese ornaments, bridges, and various unique objects such as the mercury sword embedded in the area.

But, more attention, of course, is the large skull on the island.

In the Pirate Warriors 4 game released for the PlayStation 4 console, it is shown that the skull is a volcano. 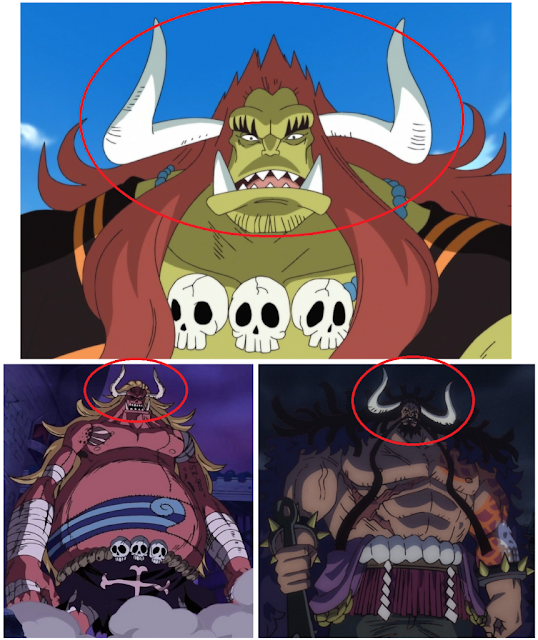 But for the manga, it looks like the skull is not a volcano.

What is quite interesting from the skull is the shape that is very similar to the shape of the ancestors of the giant tribe.

They are probably the ancestors of Oars and Little Oars Jr. In terms of the shape of the head, there is a similarity between Kaido and the Oars.

This is reinforced by the presence of two horns on Kaido's head and the same is also owned by Oars.

From the three pictures above that show the similarity of the three images, it can be concluded, if Kaido is actually a descendant of a giant tribe that becomes a race for Oars and Oars Jr.